Skip to content
Looking for gear to buy? Learn about our switch >

Communication is something most of us take for granted. We seamlessly transition from cellular service to internet service without even giving it a thought. Technology has made communication easy and has provided us with a number of communication resources. However, what happens when the things we take for granted are taken away? It doesn’t seem probable or likely, but it happens every day.

Why you need to plan ahead

Natural disasters can strike with little-to-no warning. But with mother nature aside, there are multiple countries throughout the world with government-imposed internet, social media, and cell phone blackouts.

The government has imposed an internet blackout that is going on for two weeks as of the date of this article. These blackouts are being imposed as a way to control protests that are being carried out by citizens. Mobile internet was turned off then a majority of fixed telephone lines to homes and offices were also cut.

The Ethiopian government blocked the internet across the country during national exams. Despite the fact it was allegedly conducted to combat cheating, communication was disrupted by the move. This is also not the first time Ethiopia has conducted internet blackouts over the years.

On June 7, 2019, citizens in Libera woke up to the fact social media had been blocked. This included sites such as WhatsApp, Instagram, Snapchat, Facebook, Google’s Gmail service, and the website of The Associated Press to name a few. The Liberian government initiated the shut down ahead of planned protests. They noted security as a concern and the blackouts were rolled out without notice.

The Chinese government has significant control over what the Chinese citizens are able to access via the internet. Broad restrictions and censorship are common as well as monitoring of the public’s activity.

Here are some countries with communication restrictions occurring in the recent past.

In 2018 alone, there were 21 internet shutdowns on the continent of Africa. The statistics are staggering.

In India, there were 154 internet shutdowns between January 2016 and May 2018. This is the most of any country in the world. SFLC.IN provides a current way to track shutdowns in India.

When terrorists killed more than 250 people in Sri Lanka in April 2019, authorities shut down access to multiple social media services for more than a week.

How communications are restricted

The list goes on, but I think the point has been made. Governments frequently restrict information and communication and sometimes for no apparent or given reason.

These actions are typically carried out in one of three ways:

If communication is disrupted, do you have a contingency plan in place to deal with such issues? How do you plan to communicate if you are in a country where this happens? How will you contact your team who is off working in a location subject to this type of activity? These are scenarios that require planning.

There are countless ways to skirt communication issues. We want to provide a non-comprehensive list as a starting point for you or your organization to consider in your travel planning.

1. As opposed to MMS messaging, SMS texts are easier to send via a cellular network when there are ongoing issues with internet services. Most messaging applications use Internet Protocols (IPs) and are required to be connected to the internet to function, thus are subjected to potential censorship or restrictions.

2. VPNs (Virtual Private Network) use a technology that circumvents geographical restrictions and censorship while keeping one’s location and identity unknown.

Quartz Africaadds that VPNs can, however, differ from region to region, and it is important to know the safety and security of each specific network before use.

A good reference to compare different virtual networks is That One Privacy Site.

3. Psiphon is a circumvention tool that utilizes VPN, SSH, and HTTP Proxy technology to provide you with uncensored access to internet content. Your Psiphon client will automatically learn about new access points to maximize your chances of bypassing censorship. Psiphon is designed to provide you with open access to online content. Psiphon does not increase your online privacy, and should not be considered or used as an online security tool.

4. Tor (The Onion Router)The goal of onion routing is to have a way to use the internet with as much privacy as possible, by routing traffic through multiple servers and encrypting it each step of the way.

5. Firechat and The Serval Project are peer to peer options that allowing you to message offline between mobile devices outside of mobile tower range.

6. Lantern is a peer to peer tool used to get around internet censorship. Basically, it allows users to share bandwidth with those in areas where the internet is being restricted.

7. Tails Operating System is a live operating system you can start on almost any computer from a USB stick or a DVD. With Tails, you can use the Internet anonymously and circumvent censorship. All connections to the Internet are forced to go through the Tor network. Leave no trace on the computer you are using unless you ask it explicitly and use state-of-the-art cryptographic tools to encrypt your files, emails, and instant messaging.

8. A satellite phone will allow you to connect to the telephone network or other phones via satellite. This negates the requirement to have phone towers to establish communication. Keep in mind, some countries prohibit or restrict the use of satellite phones so you need to be aware of the risk associated with use in those areas.

9. Amateur (HAM) radio can provide you with communication locally, regionally, and beyond. Again, this is not dependent on cellular or internet connections to operate. License requirements and other restrictions can vary depending on geographic location, but HAM has a proven track record of reliable communication capabilities when other options aren’t working.

10. Two-way radios can provide more localized communication through the use of Family Radio Service (FRS) and General Mobile Radio Service (GMRS). GMRS does require a license from the FCC to operate in the States, while FRS does not. GMRS will allow for better communication in terms of options for use, power, distance, and clarity.

11. A personal locator beacon (PLB)is a good option for emergency signaling. A PLB is simple in function as it will send your location and an emergency signal to rescue agencies when activated.

12. A satellite messenger can provide the same functionality as a PLB with the added benefit of offering communication and navigation options. These devices can operate worldwide but there may be some variance in coverage depending on the brand. Satellite messengers require a subscription or plan to enable all functions.

The various solutions above highlight just a few of the many options available and are by no means all-inclusive. The point is there are ways for you to increase the communication capabilities for you and your team. Regardless of whether your travel is being done personally or on behalf of a company, NGO, non-profit, or faith-based organization, communication is key.

Spend some time on your communication plan and make sure everything is squared away. Use the P.A.C.E. acronym when establishing your protocols. You need to have primary, alternate, contingency, and alternate means of communication if at all possible. An example may be Primary: Cell phone, Alternate: SMS messaging, Contingency: landline, and Emergency: satellite messenger device. Keep an open mind and put in the work ahead of time.

Make sure you know what your options are and make you know how to utilize them! 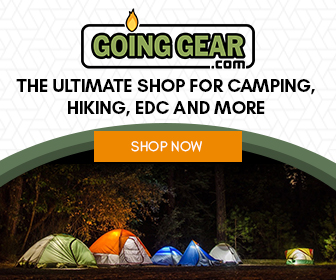 Van Life Safety and Security – How Safe is Van Life?

“The only email I allow in my primary inbox.”
A weekly email to improve your mindset, capabilities, training, and gear. We cut through all the nonsense to help you get better equipped for life.
One email a week. Privacy guaranteed.

There is bad information everywhere. Get better equipped for life with the best insights from law enforcement, military, industry experts, and inspiring people.

Get a new wallet & get informed

Subscribe to our weekly email + get entered to win this exclusive Option Gray wallet.

Created just for us by Makers South in Huntsville, Alabama. Every month we giveaway something awesome that YOU could win. We’re spreading the word to get people better equipped for life—we hope you’ll help us! You’ll also receive our weekly newsletter, which many will tell you is the only one they don’t delete.